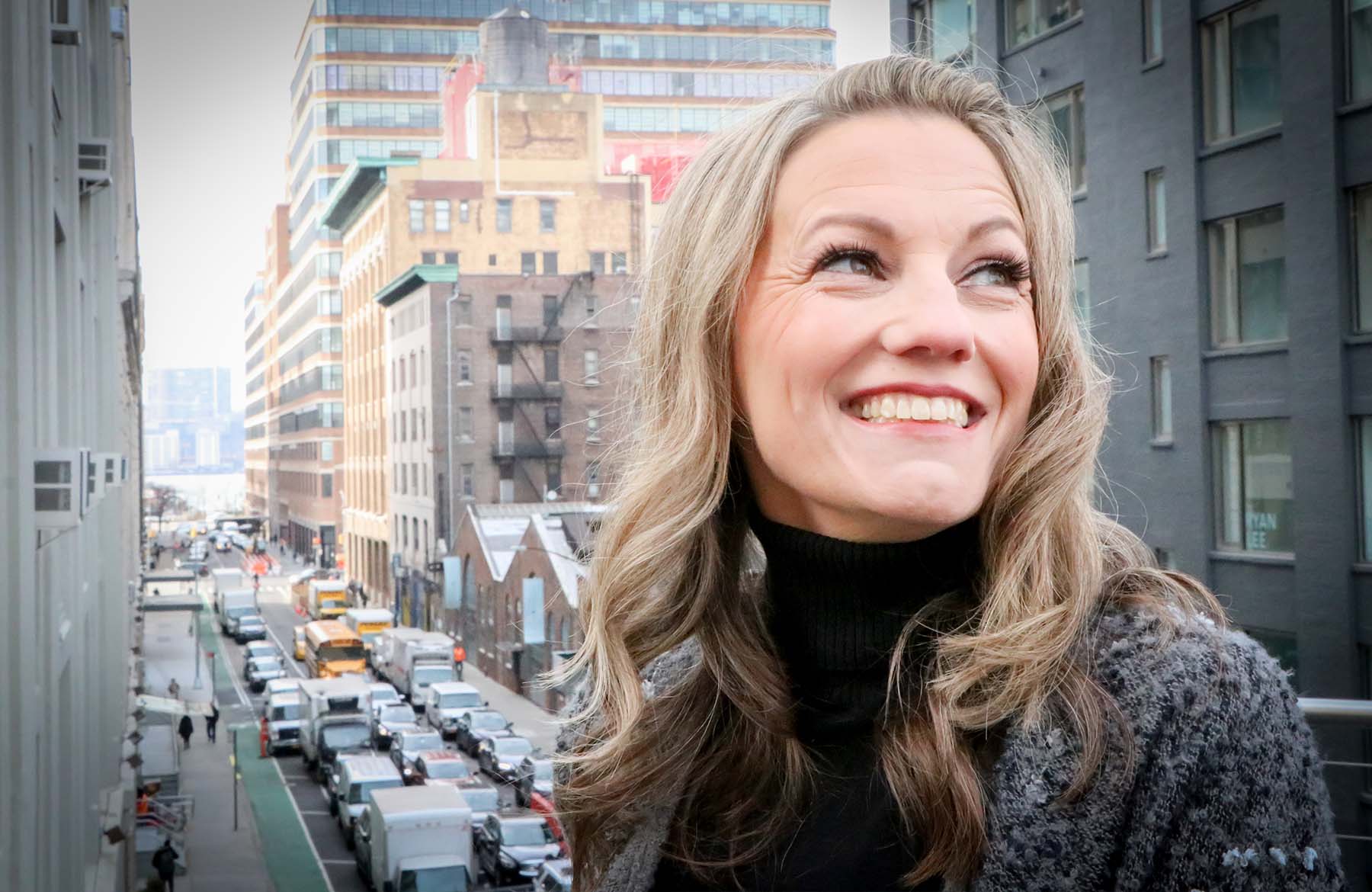 Dr. Doni shares the most important information from the 2013 International Celiac Disease Symposium in Chicago.

■ It is estimated that one in 133 people have Celiac disease, which is an autoimmune condition triggered by gluten (the protein in wheat, barley, rye and spelt).

Unlike most autoimmune conditions, in the case of Celiac, researchers and medical practitioners alike agree that the treatment is a dietary change – avoid gluten 100%. When people with Celiac avoid gluten, in most cases, their symptoms completely resolve.

■ The issue is that most people who have Celiac don’t know that they have Celiac. One might think that a person would know, considering that Celiac causes digestive issues, fatigue, anemia, bone loss, headaches, and is associated with dysfunction throughout the body, including diabetes – but the fact is that only a small number of people who have Celiac disease know that is the cause of their health issues, nor that avoiding gluten would completely change their life.

■ One of the reasons that people don’t know that they Celiac is because (and there is research to prove this) practitioners are not thinking of it and don’t test for it regularly. That’s because most practitioners think of Celiac as a digestive disorder, when in fact, it is associated with symptoms anywhere in the body including anxiety, insomnia and Hashimoto’s thyroiditis, and often without ever causing diarrhea.

■ Another reason is that the “gold standard” for diagnosis has been an invasive procedure – an intestinal biopsy – and even with a biopsy, the abnormal tissue is often missed.

Some researchers say it is possible to diagnose Celiac without a biopsy – based on symptoms, immune system markers that indicate celiac disease, autoantibodies, genes that 95% of people with Celiac have (HLA-DQ2 and 8), and a positive response to a gluten-free diet. These tests are available through Quest and LabCorp, as well as specialty labs.

Still most Celiac specialists still feel that a biopsy is the only way to confirm the diagnosis and that only people who have a confirmed biopsy should avoid gluten.

■ Researchers are also (finally) acknowledging other forms of gluten and wheat intolerance – until recently (2011) there was not an official name for non-Celiac gluten sensitivities. Now it is becoming clear in the research that people react to gluten without it becoming a Celiac autoimmune condition – and IgG/A to gluten is one way to discover it.

If you or someone you know is experiencing a health issue anywhere in the body that is not improving with other approaches, then it is definitely time to consider gluten as a potential trigger, whether in the form of Celiac autoimmunity or other gluten/wheat sensitivities.

Please let me know if you are concerned about gluten—I’m happy to help you figure out if it plays a role in your health issues. Schedule a time for us to meet here.

To read more about gluten, check out these posts:

DR. DONI WILSON is a Doctor of Naturopathic Medicine, natural health expert, nutritionist, and midwife specializing in gluten sensitivity, intestinal permeability, adrenal stress, and insulin resistance. She helps women, men, and children overcome their most perplexing health challenges and achieve their wellness goals. She does this by crafting individualized strategies that address the whole body and the underlying causes of health issues. She is the creator of The Hamptons Cleanse and author of The Stress Remedy: Master Your Body’s Synergy & Optimize Your Health. Find out how stress of all types affects your body at TheStressRemedy.com, and sign up for Dr. Doni’s Weekly Wellness Wisdom e-newsletter for tips to empower you and your path to wellness! 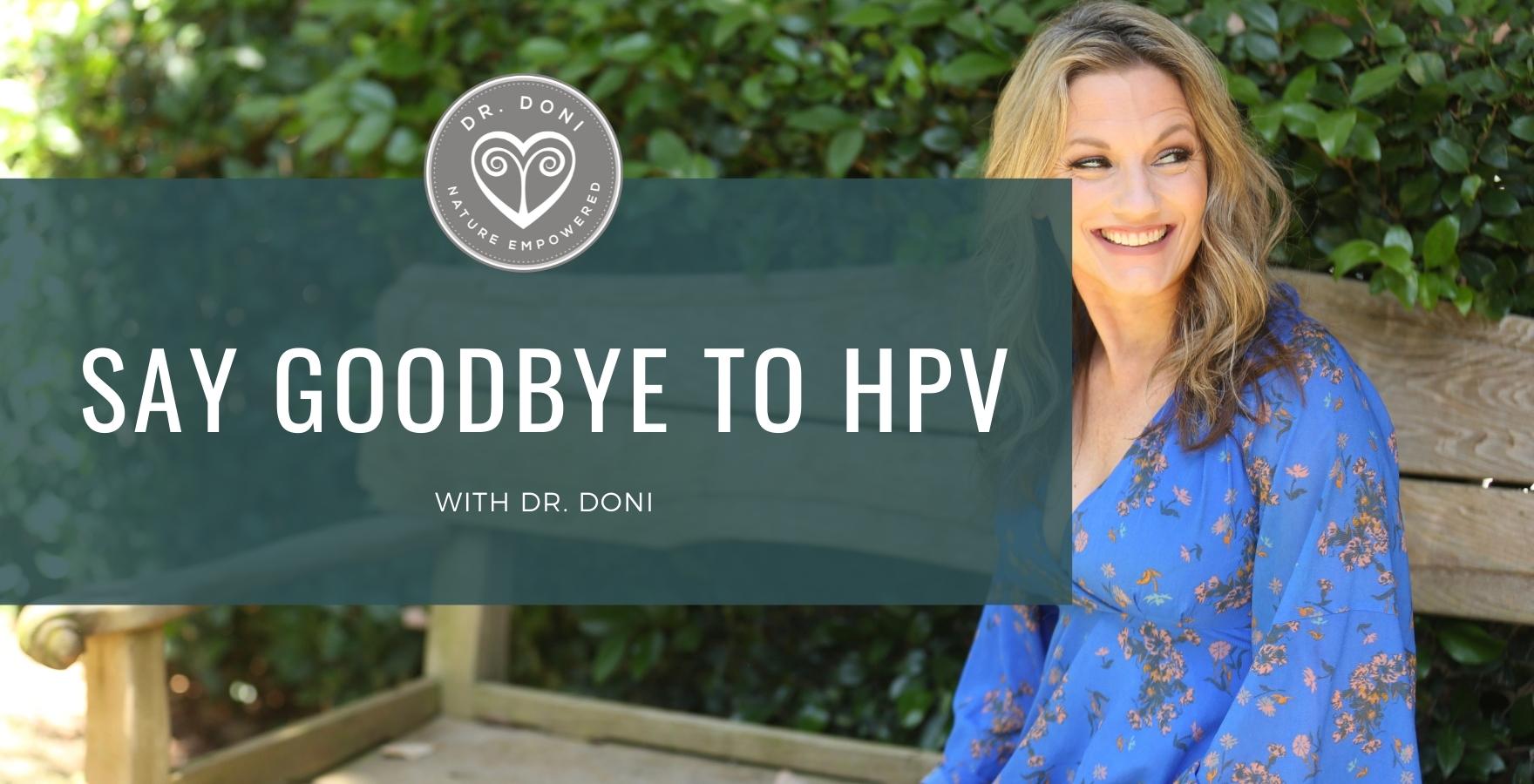 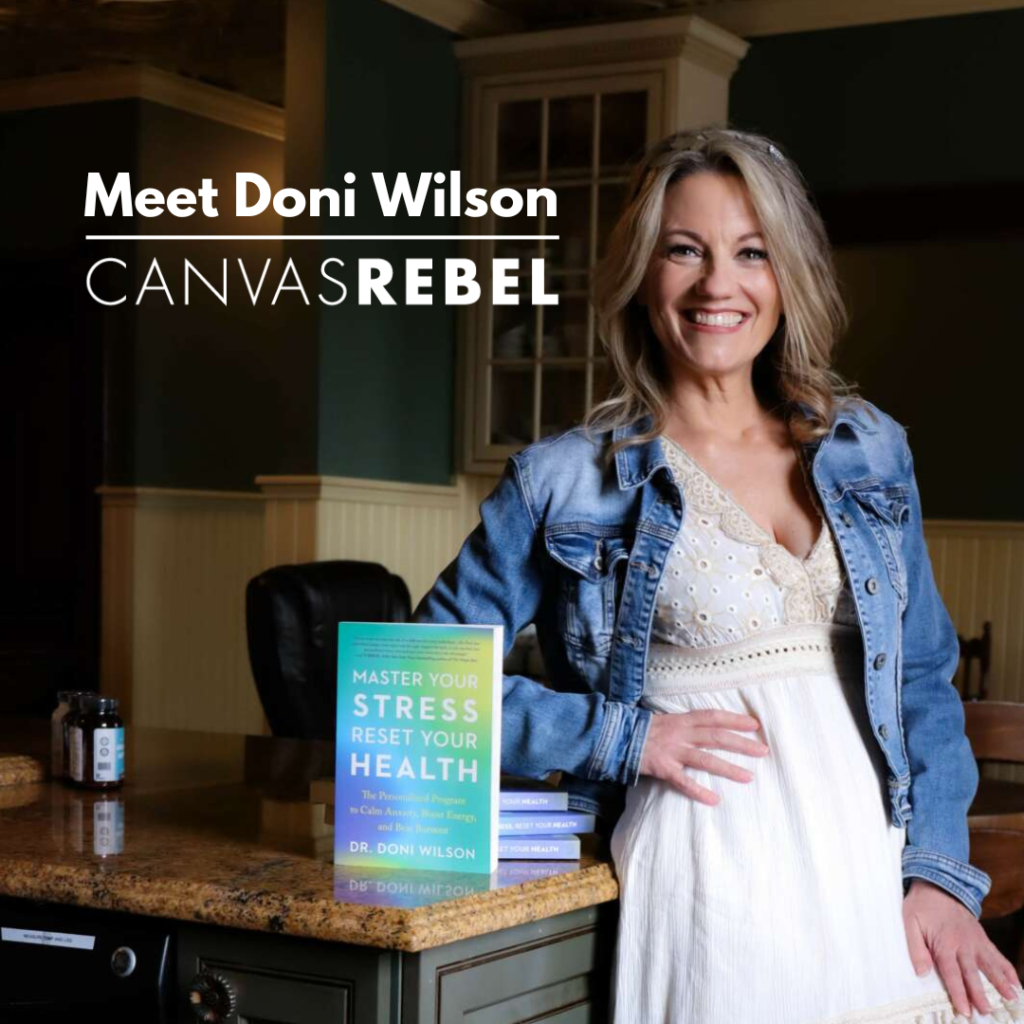 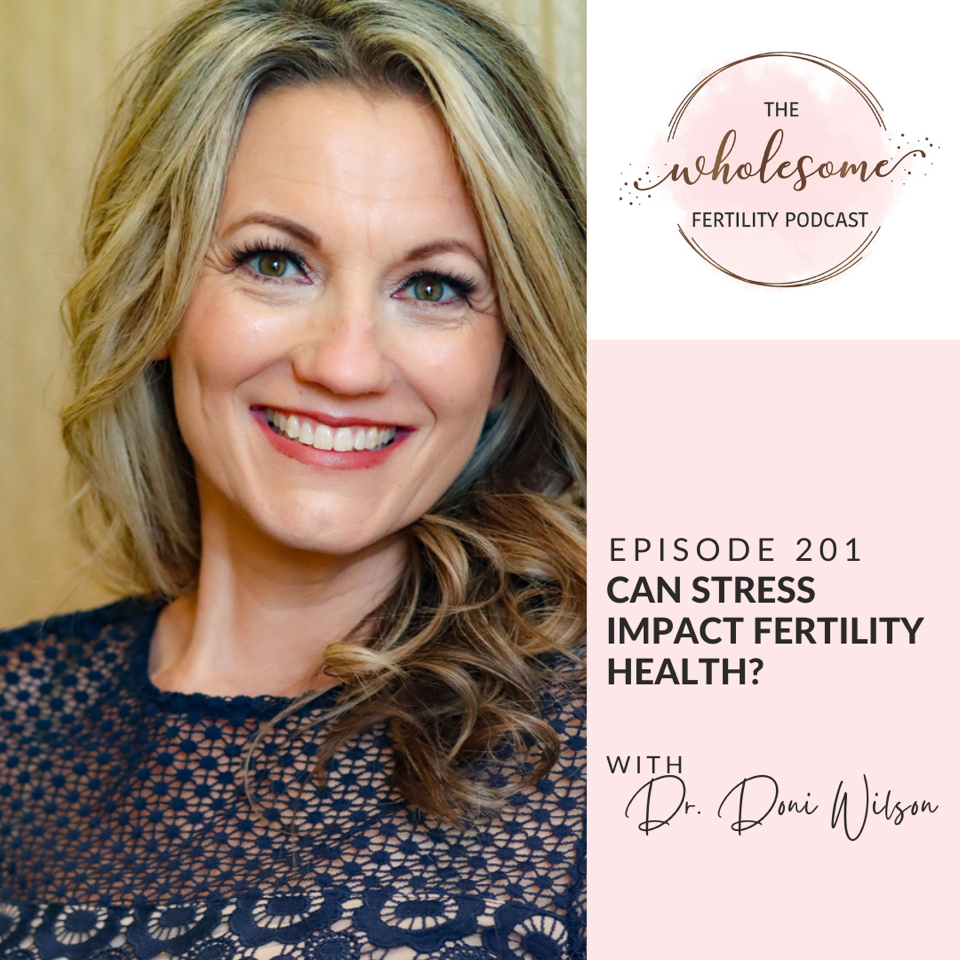 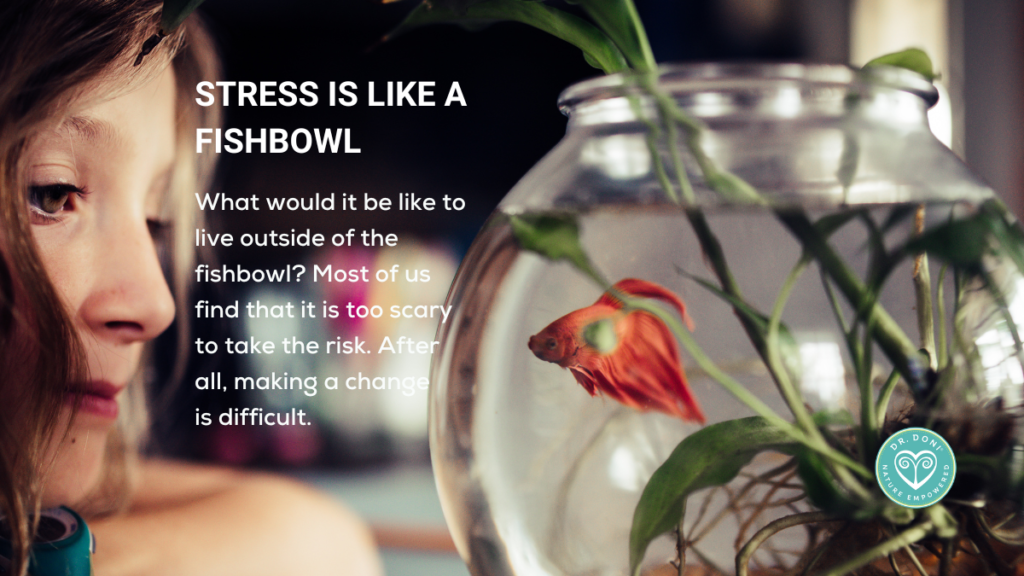 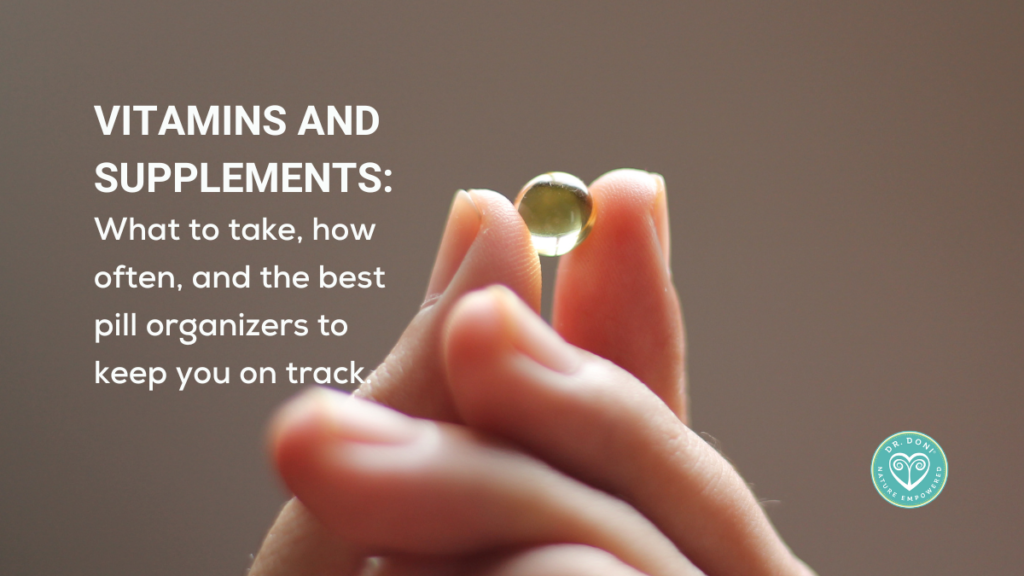 Vitamins and Supplements: What to Take, How Often, and the Best Pill Organizers 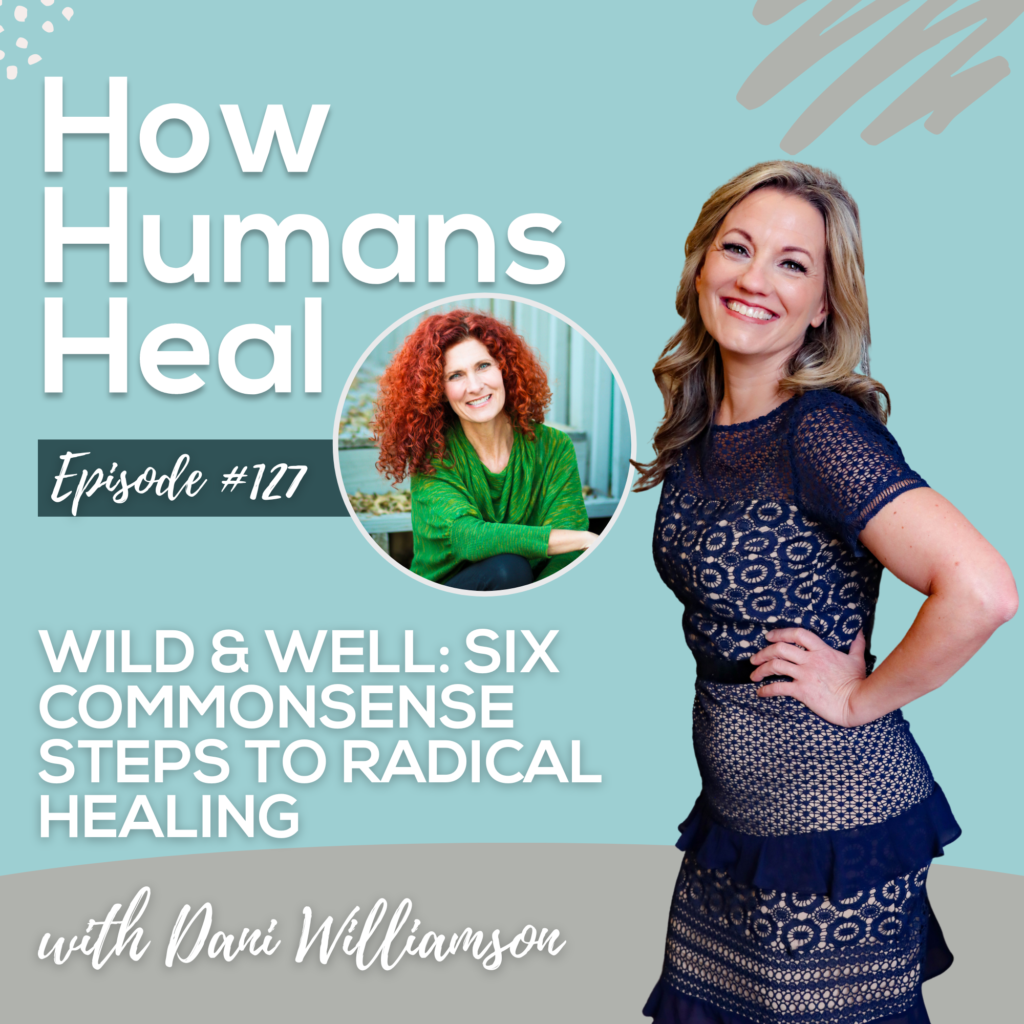 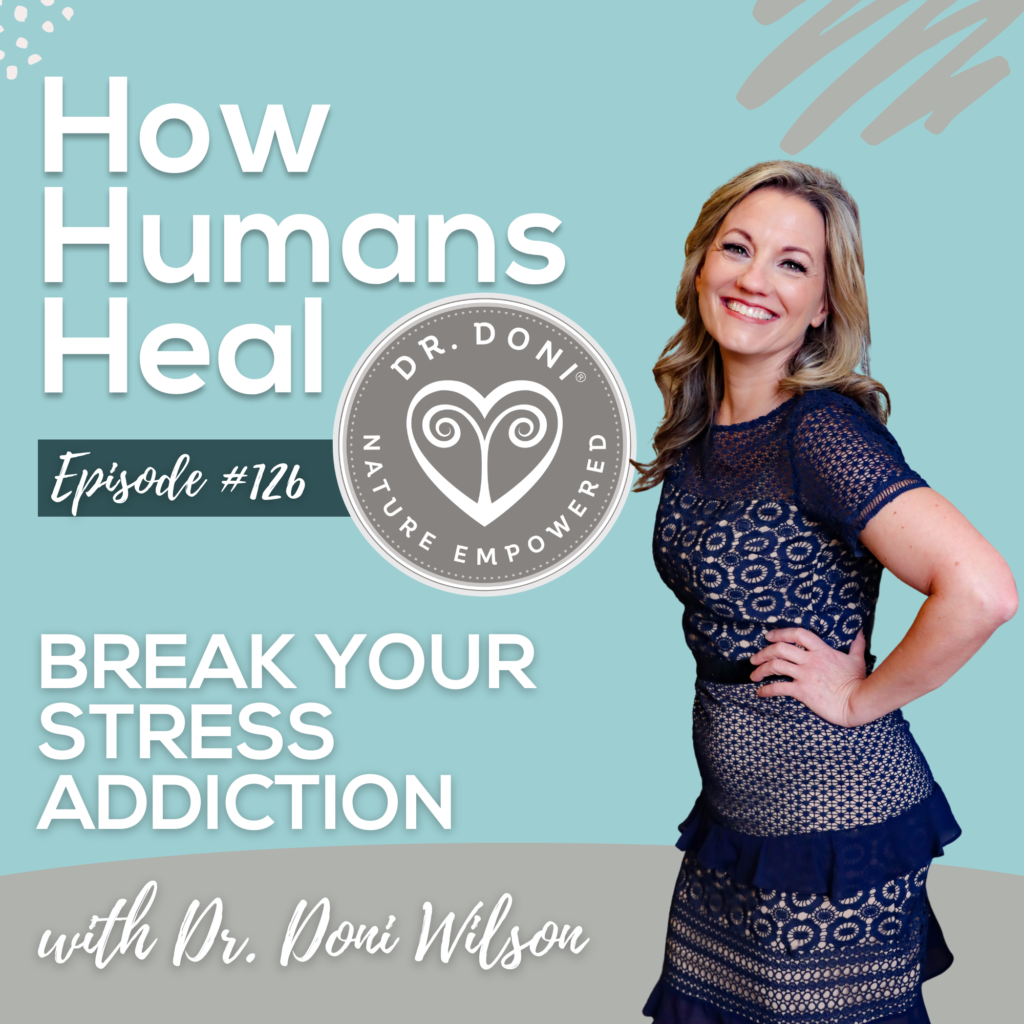 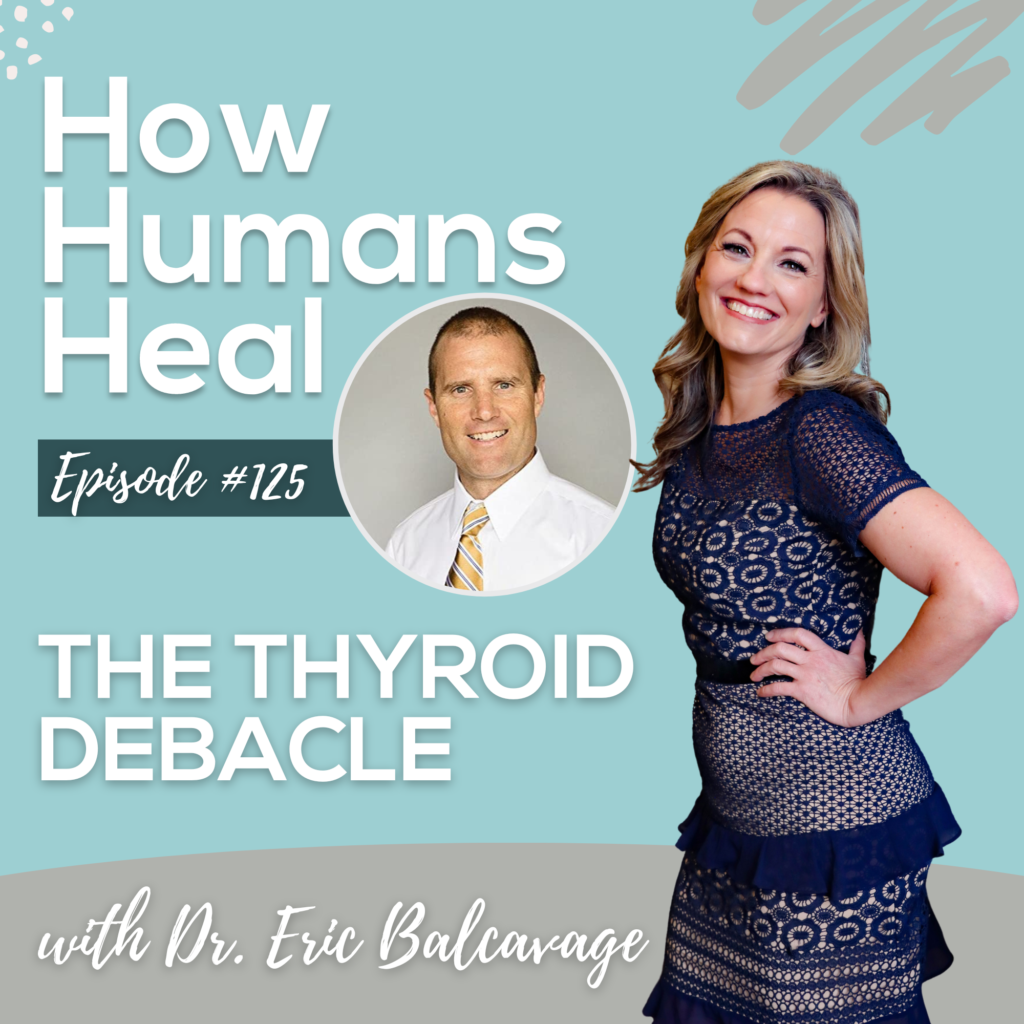 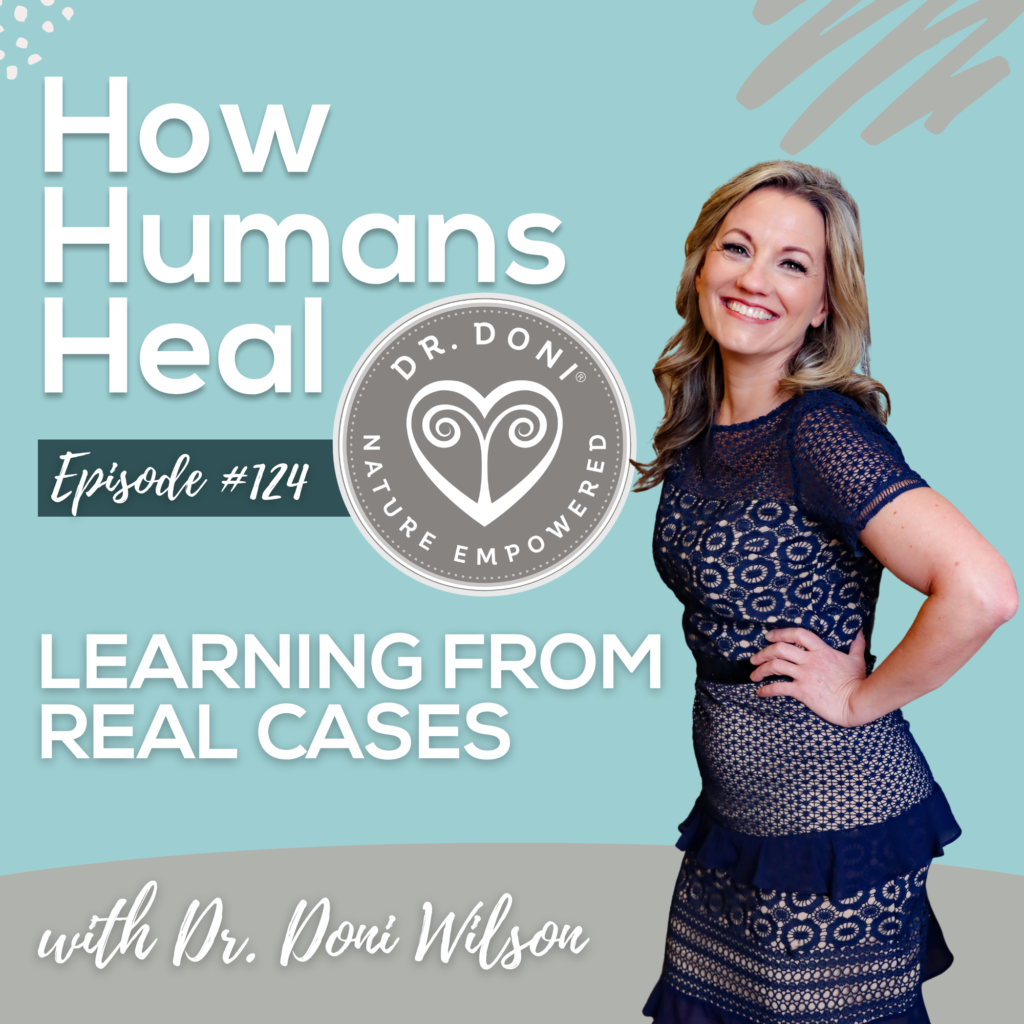 Release. Rebalance. Restore.
Simple Practices for Shifting from your State of Stress to your Flow and Freedom
Order Now
ORDER NOW
PrevPreviousAsk Dr. Doni – How to prevent leaky gut?
NextGluten: The Whole Story (By Catherine Guthrie)Next 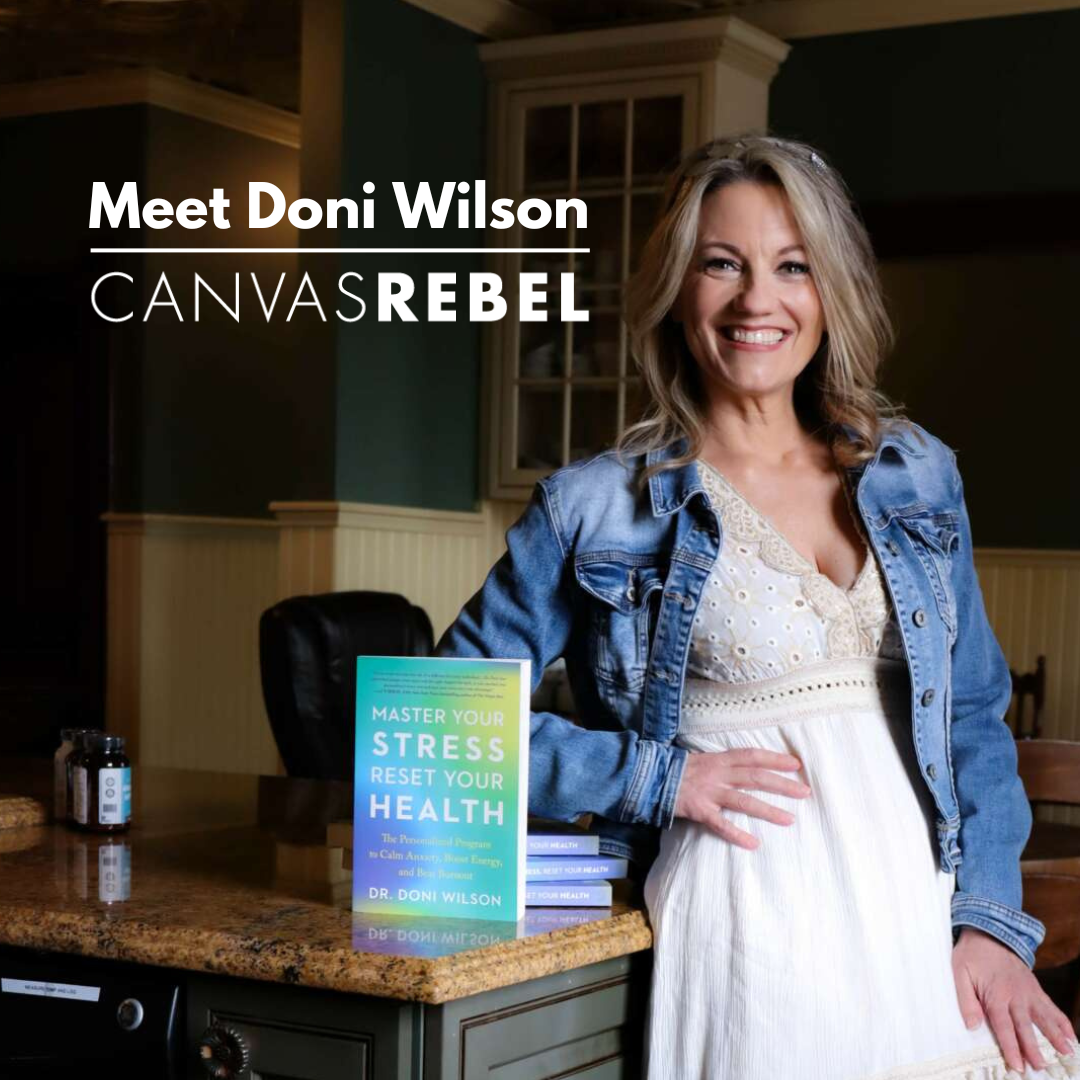 Dr. Doni was interviewed by CanvasRebel, highlighting the entrepreneurial side of her practice. They cover how Dr. Doni built her reputation, the resilience that it takes, and how she got started in her career.

Dr. Doni was interviewed by Michelle Oravitz on The Wholesome Fertility Podcast about how most health issues are multi-faceted with an array of different factors – and how that can affect fertility. 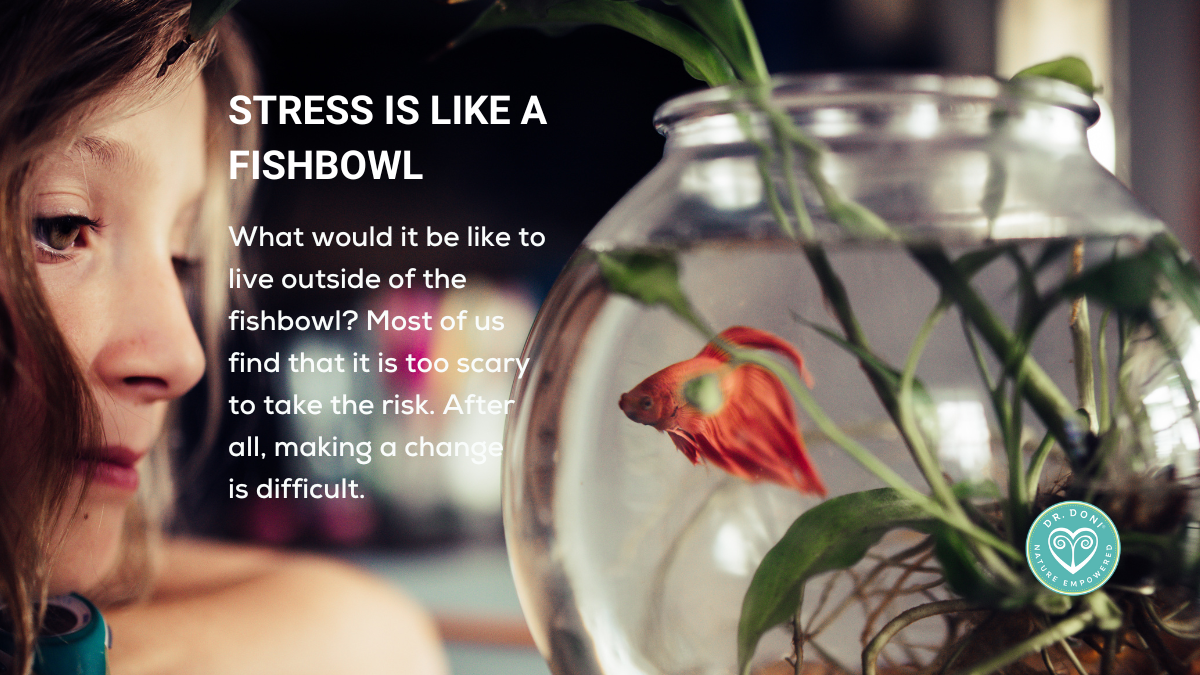 Most of us get so accustomed to stress exposure that we can’t imagine what it is like to exist outside of it. Read Dr. Doni’s very personal and vulnerable story about troubling relationships, feeling disconnected from herself, and how she discovered the breakthrough of five stress types. 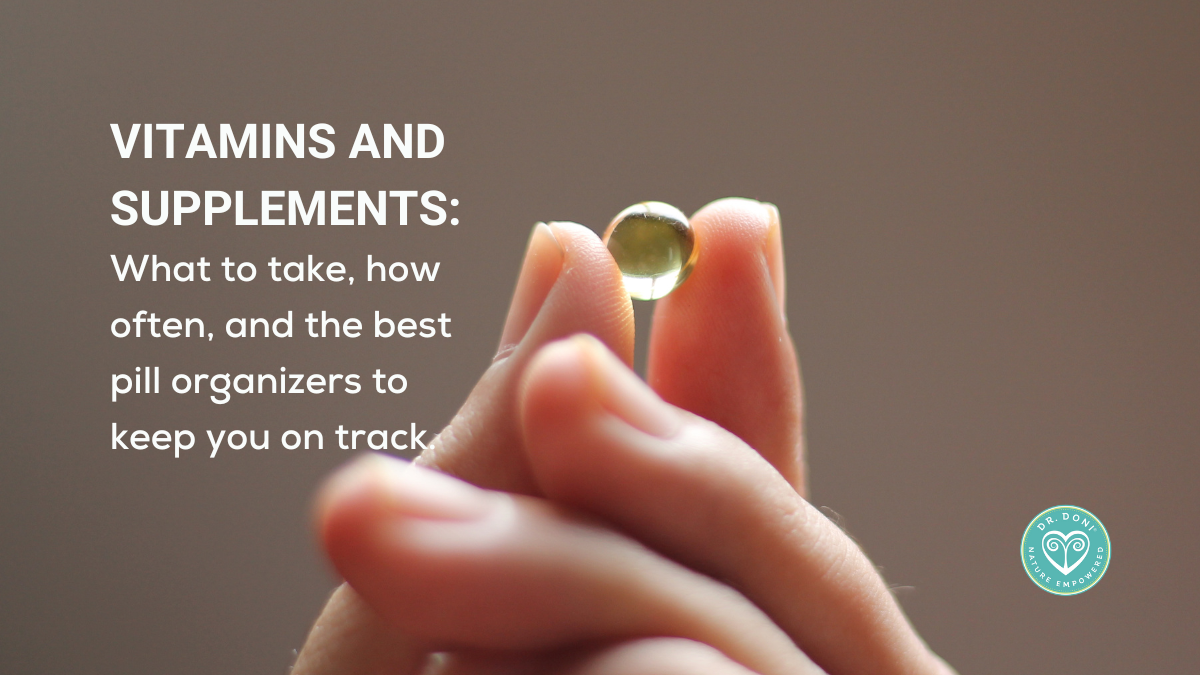 Vitamins and Supplements: What to Take, How Often, and the Best Pill Organizers

Even when we eat healthy, we might not be getting enough of the vitamins we need. Stress exposure causes our bodies to burn through more nutrients to help us keep up with our daily lives and metabolic needs. Dr. Doni covers the vitamins and other dietary supplements that can help support your body and improve your health and longevity.